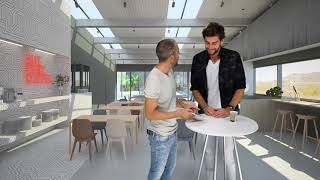 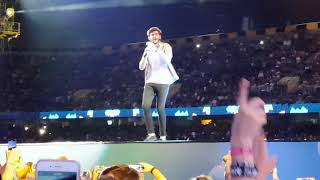 It has only been two weeks since Alvaro Soler released his fantastic new album Mar de Colores, and he has already obtained the 10th position with Mar de Colores on one of world's most important music charts, Billboard's Latin Pop Albums! A great achievement! Lots of congratulations, Alvaro! Being #4 in Switzerland, #8 in Germany and Austria, #9 in Spain and Poland, #10 in Italy, #24 in the Czech Republic and #26 in my country Belgium, and being #38 on the Billboard Top Latin

Last Sunday 16th of September, Alvaro was one of the headliners of the Wind Summer Festival in Milan

Last Sunday 16th of September was promo day for Alvaro in Milan; after meeting his fans at the Mondadori Megastore in occasion of the release of his new cd Mar de Colores (I also attended his signing session, which was such a great experience!), Alvaro participated into the Wind Summer Festival on Sunday night at the Area Expo - Parco Mind, where he sang La Cintura. El pasado domingo 16 de septiembre Álvaro se dedicó a hacer promoción para su nuevo disco Mar de Colores en Mil