After being double Platinum in Spain, three times Platinum in Italy, and Gold in Switzerland, Austria, Sweden and Germany, Alvaro Soler's huge world hit La Cintura has now become a Gold Record in Mexico too! Lots of congratulations, Alvaro! Alvaro received his well-deserved Gold Record for La Cintura yesterday during a meet & greet with his Mexican fans organized by Universal Music Mexico, which took place at a bar in Coyoacan, a district of Mexico City. ** Después de ser Dis

Last Thursday 25th of October Alvaro Soler closed the Latin American Music Awards gala at the Dolby Theatre in Los Angeles with his spectacular performance of La Cintura, together with the American rapper Flo Rida and the Argentinian singer Martina Stoessel (or Tini). The three of them, Alvaro, Flo Rida and Tini, gave all the best of themselves and set the audience on fire, and made dozens of millions of American TV spectators dance and sing to their world hit La Cintura, whi 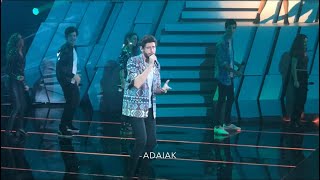 Last Wednesday night 17th of October Alvaro performed on the Spanish talent show Operación Triunfo in Barcelona, singing his hit La Cintura. The backing vocalists were all the participants of Operación Triunfo, talented young artists who were very enthusiastic and happy to share the stage with Alvaro, one of the best singers of the current music scene, and at the same time a very humble, educated and down-to-earth person and a great mentor. El pasado miércoles 17 de octubre p

Last Wednesday Alvaro Soler visited the Academy of Music in Barcelona, where he met the young contestants of the popular Spanish talent show Operación Triunfo. Alvaro sat down to talk with them, and told them about how he developed his music career, gave them some valuable advice and posed for pictures with everyone. Watch below the video and photos of Alvaro's visit to the Academy. El pasado miércoles Álvaro Soler visitó la Academia de Música en Barcelona, donde conoció a l 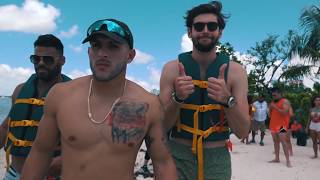 Last Monday 8th of October, Alvaro launched his new promo video Alvaro Soler - Behind Mar de Colores on his official Youtube channel. In this video, Alvaro tells us something more about his new album Mar de Colores; among other things he explains us the title 'Mar de Colores', and reveals which is his favorite song on the album. This video also has a lot of beautiful unpublished footage of Alvaro's Italian summer tour last summer, his life on the road, and the recording of Ma