Alvaro's album Magia is #3 in Germany

Alvaro promoted Magia in Belgium and in the Netherlands this week.

Alvaro Soler's European promo tour for his new album Magia has taken him to Belgium and the Netherlands this week. On Wednesday Alvaro came to Belgium for promo, and on Thursday he continued his promo tour to the Netherlands On Wednesday 14th of July, Alvaro started his promo day with a visit to the studio of the Belgian radio station MNM in Vilvoorde to present Magia on their morning program "MNM Ochtendshow". On Wednesday afternoon Alvaro visited QMusic Beach House in Ooste

Alvaro's album Magia is on the Top 10 chart of Most Streamed albums on Spotify!

Alvaro Soler's new album Magia has been out for only 4 days, and it is already on the Top 10 Chart of most streamed albums on Spotify worldwide! It takes the 6th place on Spotify Top 10 Album Debuts Global! Lots of congratulations, Alvi, on this great achievement with Magia, which has been well deserved! *** El nuevo álbum Magia de Alvaro Soler se estrenó hace sólo 4 días, ¡y ya ha aterrizado en el top 10 de los álbumes más escuchados en Spotify a nivel mundial! Ocupa la 6a p 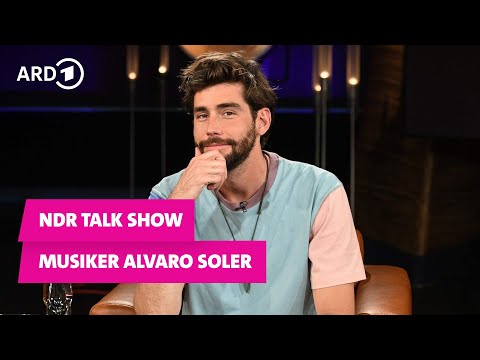 Alvaro Soler released his third studio album Magia last Friday July 9th. Simultaneously with this international release day, Alvaro had a busy promo schedule for Magia on the German television. Alvaro's first promo commitment was at 9:05 AM on the German TV show ARD Live Nach Neun. At 11:00 he performed on the TV show MDR Um 11. In the evening, he appeared at the RTL Chart show at 20:15, and finally, at 22:00 he presented Magia on the program NDR talk show. See below for a vi

Alvaro Soler's new album Magia only came out yesterday and is already having an overwhelming success everywhere! Magia is doing great on digital sales charts worldwide. The album has landed at #1 on the ranking Top 100 Latin Albums on ITunes. In addition, Magia is number one on the ITunes charts of several countries, namely on ITunes Germany, ITunes Poland, ITunes Switzerland and ITunes Ukraine. Lots of congratulations, Alvaro, on this great achievements for Magia! *** El nue

Today Alvaro Soler releases his new album Magia. Magia is his third studio album. It's an amazing album, it's a very electic album with both ballads and uptempo songs, of which every song is a world apart, and has a different mood. There are 13 songs on Magia, including the earlier released singles Magia, Si Te Vas, Mañana and Alma de Luz Alvaro's new album Magia is out now on Spotify. Listen to it here And don't wait to download Magia on ITunes, or rush to your nearest music 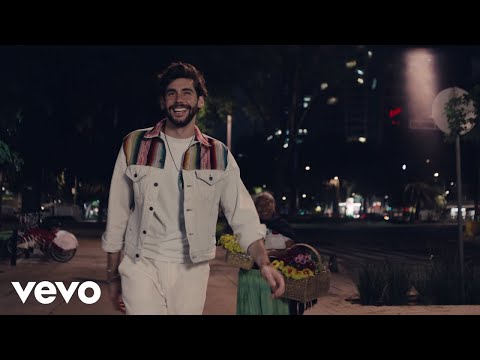 Today Alvaro Soler releases his new single Mañana feat Cali y El Dandee, a fantastic song with a great summer vibe. Mañana is already out on Spotify, listen to it here Alvaro's new single Mañana is also available on ITunes. Download it here In addition to Mañana, Alvaro has brought out another single today, the beautiful and slower song Alma de Luz The official music video for Mañana came out this afternoon at 5:00 PM on Youtube. The video was filmed by Alvaro last month in M