Today, Friday August 26th, Alvaro brings out his new album, called "Alvaro Soler - The Best Of 2015-2022". This album is a compilation of Alvaro's greatest hits, and includes nineteen songs, among which El Mismo Sol, Sofía, La Cintura, Magia, Mañana and Sólo Para Ti. In addition to Alvaro's biggest hits, the album features one new song, the new single Candela feat. Nico Santos. This is the track list: Alvaro's new compilation album "The Best of 2015-2022" is available for pur

Today Alvaro Soler releases his new single Candela, feat. Nico Santos! Alvaro and Nico Santos wrote the song back in April during their visit to Cuba, and it was inspired from their experiences meeting the Cuban band Buena Vista Social Club. Candela is included into Alvaro's new compilation album "Alvaro Soler The Best of 2015-2022", which also came out today. Alvaro's new single Candela is an amazing song, with a cool style and sound full of good vibes. Listen here to Candel 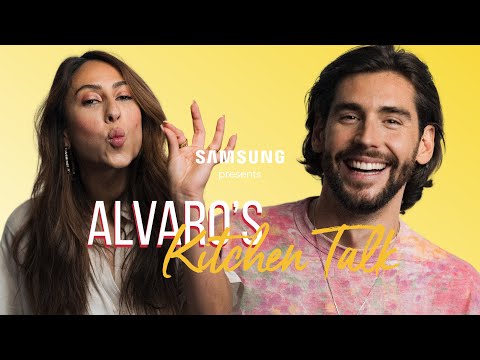 Today Alvaro Soler released the sixth and last episode of his cooking show Alvaro's Kitchen Talk, in which he invited German TV host Melissa Khalaj who has Iranian roots. First they have a chat together with a glass of rose wine, and Melissa Khalaj talks about her TV career and youth as a child of Irianian parents, and then they start cooking. They prepare Zereshk Polo Ba Morgh, a Persian rice dish with chicken cooked in a tomato saffron sauce and layered with a mixture of r